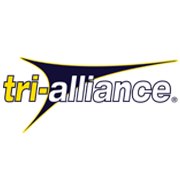 Last Saturday night saw my Tri Club’s End of Season Party funny about this the event is held on the first day our new season, go figure. This was the 2nd time I had attended and I was looking forward to seeing who would cop the Zooland’s spray. This season has been a big year few PB’s lots of different and lots fun and lots of good memories.

Ellie and I headed off to the Belgian Beer Cafe once we arrived we bumped into Steve and Luca both top blokes who we train with got our names ticked off and purchase some raffle tickets with the cash going to Smile for Smiddy. We caught with many of our follow training buddies and got our pic taken. Before too long we were shown into the dining room. Sitting with Jo Jo and her Partner Linda, Ryan, Coach Darren and his Wife Kylie and Steve.  During dinner they showed pics of the season that was, lots of pics of everyone, lots that I had taken and somehow lots of me were taken too.
﻿

I must say to win Best Team Player aware is humbling, 2nd year in a row to be nominated and to win it with Ryan I could not be happier.


Towards the end of the night Ollie called up all the coaches so that we could thank them. Sitting with Darren was funny as, he said “his not!” as Ollie does Darren said a few choice words and got up. Darren is a top bloke and I have a lot of time for him along with all the coaches. This makes why Tri Alliance to me is family.


The last bit of the night that I love is the Zooland award, basically Greg gives us all a lesson in dress code while racing. Last year it was won by Ollie this year by Brett.  Greg's lesson's I remembered well in Geelong. A bunch of the TA guys (me included) who had finished were standing around Trisuits unzipped or around our waist then we were asked for our photo, so we all zipped up and commented that if Greg get’s hold of our “undress” we will all cop it. Greg gave many people including himself a spray as the photo’s are shown, even bring up a dog!  As he called it’s an epidemic, everyone is in it. Lucky for me no photos of me where found. It always the fun part of the night lots of laughs. After dinner and the awards the party and dancing. Ellie and I mingled around talking and catching up with people.

Bring on Winter Training and the new race season.