There is always something special about Team Meetings. To me it great to catch up with people and the coaches outside the normal training circles. They are also a dangerous place as they always seem to have special offers on new stuff.
Tuesday night was no exception Ollie and Sarah in the last few days before packing up and heading over to Vegas and then to Kona for World Championship and then the big one for Ollie Kona! Ollie works very hard behind the scenes to bring us the members some great stuff.
He had the new Giant 2013 bike range on display and some great deals. Needless to say some of us purchased new bikes.
Meet my new ride, the Giant 2013 Trinity Composite 1 TT bike.
﻿﻿﻿﻿﻿﻿﻿﻿
Anyone want a Fuji Aloha 2.0 ’09 – low Km’s one season of racing. 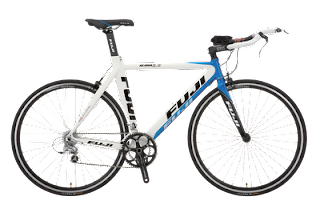 I want to thank Ollie, Tri Alliance, Giant Bikes and Bicycles Inc for putting this deal together.
In other news I’ve started my build for Noosa along with signing up for the Hazelwood Triathlon at the end of September as a lead up race to Noosa.
Posted by Simmo at 9:36 AM